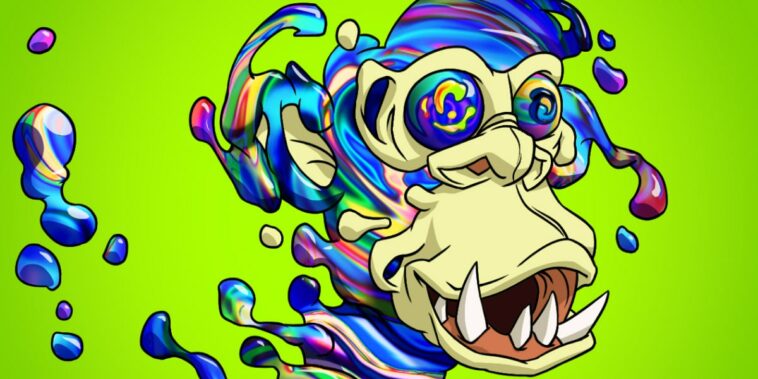 The big reveal of the latest Mega Mutant Ape took place on February 22nd to commemorate 2/22/22. According to 0xb1’s Twitter feed, the Mega Mutant Reveal party started at 6 pm EST on lion_eth’s Twitter and on Twitch @MutantCartel.

Shortly after buying the M3 Serum, 0xb1 hinted he would offer fractionalized shares of this NFT on the platform FODL Finance. However, with the “Mega Trippy” reveal on February 22nd, it’s clear 0xb1 decided otherwise.

What makes a Mutant Ape “Mega?”

Not only is M3 an incredibly scarce NFT, it will always generate a wholly new and ultra-rare Mega Mutant Ape when paired with a Bored Ape NFT. These Mega Mutant Apes have one “Mega” trait and a bright green background. By contrast, Mutant Apes made with M1 or M2 Serums will retain a few of their original traits.

Now that 0xb1 created the “Mega Trippy” Mutant Ape, there are only two M3 Serum NFTs in existence. As mentioned in a previous Rarity Sniper post, Chain CEO Deepak Thapliyal holds one of these M3 Serums in his NFT portfolio.