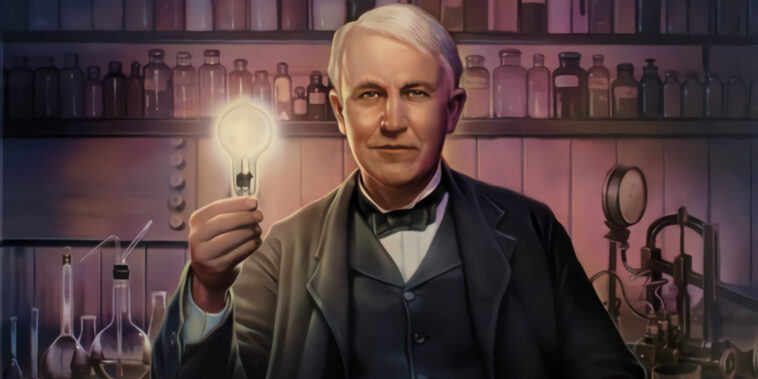 The inventions of Thomas Edison are going to make their Web3 debut. According to a press release, the first collection, titled “Edison NFT,” will feature 1,000 NFTs linked to IRL physical inventions from the most extensive Edison collection in existence. Minting will take place on marketplaces like OpenSea.

Some inventions that correspond to the NFTs are the first lightbulb, a phonograph, and a stock certificate from the Edison Corporation. The team behind the project will also use artificial intelligence to restore Edison’s voice and create descriptions of each invention.

The three groups combining forces to bring Edison’s inventions to Web3 are American startup Luckmon, metaverse company Morrowbogi, and the Chamsori Gramophone & Edison Science Museum in South Korea. The Director of the Museum, Son Seong-Mok, is the largest private collector of Edison inventions.

David Son, the Luckman CEO, praised Seong-Mok’s private collection. He added that they shared the same “vision and goal” to use Web3 technology to promote the contributions of Edison in the modern world.

As of yet, there is no timetable for the release of the NFTs. People interested in learning more about the collection can go to Luckmon’s official website at the following link: https://www.luckmon.com/

Although the Edison NFT press release was light on specifics, it goes with a trend: linking physical objects to NFTs. In the past several months, more companies have designed their NFT drops to add IRL utility.

One such company is Hennessy. The cognac company auctioned an NFT a few months back that attached a rare bottle of cognac to the NFT. The owner of the non-fungible token could then redeem the NFT for an IRL Hennessy product.

The trend has continued with event organizers as well. For instance, at the Coachella Music Festival, organizers issued NFTs to event attendees. The NFTs were not simple souvenirs, however. Festival attendees could redeem them for various perks, including some VIP privileges.

A surprising celebrity that called out this trend back in January was none other than Shark Tank’s Kevin O’Leary. He noted that NFTs could be bigger than Bitcoin because they added innovation to the collectibles market. With digital collectibles, collectors can prove provenance easily and avoid the time-consuming process of determining whether an item is real or fake.

Time will tell how the Edison NFT collection does and whether it captures the imagination of NFT collectors. But there’s no doubt that it follows in the path of other NFT drops: linking physical items to digital assets.