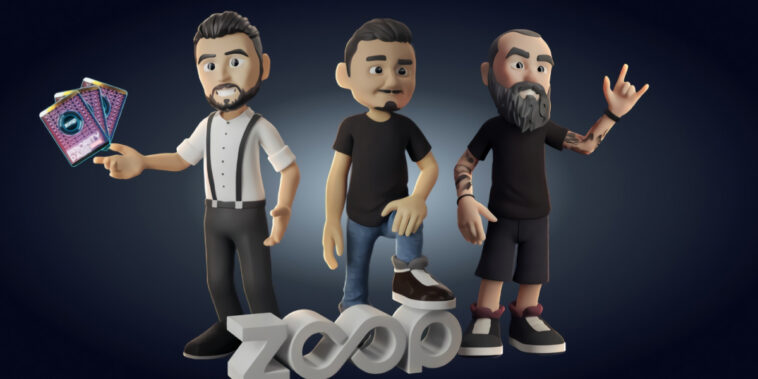 The former CEO of OnlyFans is venturing into Web3 with the launch of a new platform for non-fungible token (NFT) trading cards called Zoop. The platform will help influencers and celebrities take advantage of NFT technology to connect with fans.

According to the report, Zoop will launch on the Polygon blockchain this summer and allows users to buy, sell, and trade NFT trading cards of their favorite celebrities and influencers.

The app is aimed at capitalizing on the booming creator economy, and of course, the NFT market — which became a $25 billion market in 2021 and is expected to keep rising.

One feature of the project is that In-Real-Life (IRL) rewards will be given to fans as they collect sets of digital trading cards: Possible rewards include concert or event tickets, custom items, and merchandise from celebrities. Fans will also have the chance to compete in challenges and unlock special rewards and access to exclusive communities.

According to the Zoop team, which is led by RJ Philips and Tim Stokely — founder of creator platform OnlyFans — the new business will be family-friendly and focus on building a strong community. In other words, it will have a much different business model than OnlyFans.

The first NFT drops on the platform will consist of 500 cards per influencer and will be sold via Dutch auction. Phillips also said that the company plans to launch a token — though no specific details were given.

The first round of celebrities and influencers to be featured on Zoop will be announced next month. In the US, UK, and Europe, users will be able to purchase cards using fiat, while the rest of the world must use stablecoins. For more information, you can visit ZoopCards.com.

NFT As Trading Cards in Sports and Beyond

NFTs — unique digital assets that can be safely bought, sold, or stored on blockchains like Ethereum and Polygon — are the newest way for sports stars, celebrities, influencers, musicians, and all sorts of artists and entertainers to connect with fans.

And when it comes to NFTs as trading cards, perhaps no organization has been as successful as the NBA and its NBA Top Shot platform. But the NBA isn’t the only league to turn digital content like video and photos of league highlights into NFT trading cards. The NFL, MLB, MLS, and MMA are all deep in the NFT game and have released NFT collectibles and Web3 experiences.

Tom Brady even has his own NFT marketplace called Autograph, which seeks to pair popular celebrities and athletes with NFT collectors, and individual athletes like the heavyweight champion of the world Tyson Fury have dropped 1:1 NFT collections tied to IRL utilities.

But while NFTs in sports and among celebrities have been hot for a while, Zoop’s decision to create trading card NFTs with IRL utility for celebrities and influencers is somewhat novel. Only time will tell if the former OnlyFans executives have another ace up their sleeve. But we’ll be keeping our ears to the ground to find out what happens with Zoop’s first NFT drop this summer.