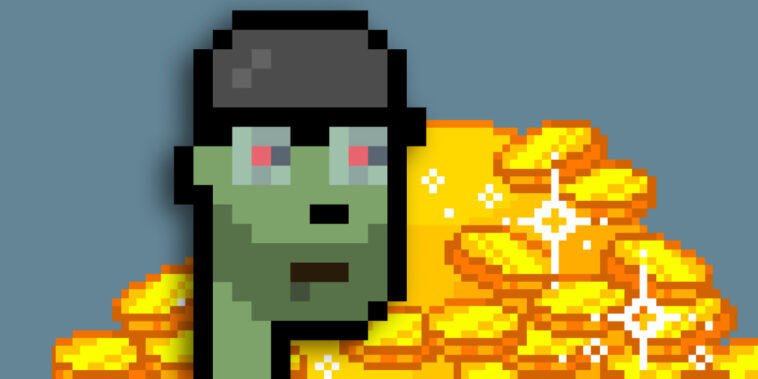 An unknown NFT collector just spent 1050 ETH on CryptoPunk #7756. At the time of sale, the mysterious buyer paid about $3.2 million to acquire this rare 24 x 24 zombie CryptoPunk.

Although we don’t know who bought CryptoPunk #7756, OpenSea data suggests the NFT sold on April 13th and that it went from the account “Cry” to the address “362CD3.” The last recorded sale of CryptoPunk #7756 on OpenSea was two years ago for 27 ETH.

As hinted in the intro, CryptoPunk #7756 belongs to the exclusive “zombie club.” Although zombies aren’t as scarce as apes or aliens, they only account for 0.88 percent of the 10K CryptoPunks collection. NFT collectors are usually willing to pay more for zombie, alien, or ape CryptoPunks, regardless of their other traits.

Speaking of traits, CryptoPunk #7756 has the following three attributes:

Of these three, the do-rag is the rarest at 3 percent of the CryptoPunk collection. The other two attributes both have a scarcity score of about 5 percent. After factoring in all of these features, Rarity Sniper gives CryptoPunk #7756 a Rarity Score of 93.45 and a rank of 533 out of 10,000.

According to Larva Labs’ official CryptoPunks marketplace, the current floor price for one CryptoPunk NFT sits at 63.69 ETH (or about $195,000).

Also, Yuga Labs recently dropped a highly successful ad for its upcoming metaverse “Otherside.” Although there are no specifics on the “Otherside” metaverse, this ad prominently featured one CryptoPunk avatar alongside other blue-chip NFTs.

Outside of the virtual world, there are now rumors CryptoPunks could be entering the high-end jewelry market. A few weeks ago, Tiffany’s VP Alexandre Arnault revealed a physical CryptoPunk #3167 pendant on social media. Arnault also hinted Tiffany & Co. might soon offer CryptoPunks-themed jewelry to NFT holders.